Former President John Dramani Mahama has described as unfortunate the withdrawal of the Bill on the election of Metropolitan, Municipal and District Chief Executives (MMDCEs).

According to Mr. Mahama, President Nana Akufo-Addo’s action has unfairly robbed Ghanaians of the opportunity to elect their own MMDCEs who would have been accountable to them and not the President who appoints them.

Speaking at a meeting with the Christian Council of Ghana at their secretariat in Accra, the flagbearer of the National Democratic Congress (NDC) expressed dismay at the manner in which President Akufo-Addo discarded his manifesto promise to have MMDCEs elected, a promise the NDC also made in their 2016 manifesto.

“I did not think there was the need for him to withdraw the bill on the election of MMDCEs because Ghanaians want their MMDCEs to be elected because they believe they should be accountable to them… things happen at the local level and when the people accost their MMDCE, he says you didn’t appoint me, the President appointed me.”

He said Parliament could have worked out some criteria to ensure that the non-partisan potential candidates who present themselves to be elected met certain minimum standards. 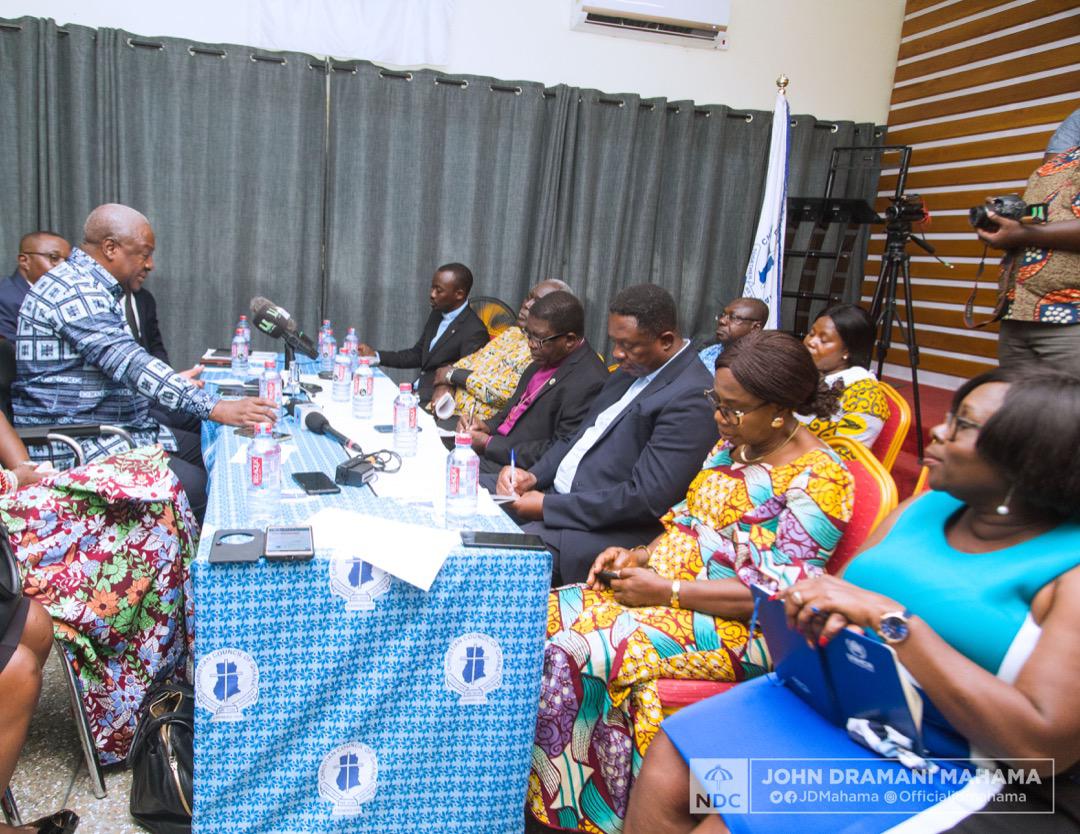 “These are war drums that are being beaten and one cannot take them lightly that something is not going to happen in 2020. God forbid that we have that kind of violence spread nationwide. You wonder what would happen to this country of ours” he queried.

Expressing confidence in the Ghanaian people, Mr. Mahama was positive that they would not allow a repeat of the Ayawaso West incident.

The meeting formed part of the NDC’s ongoing consultations with identifiable groups and key stakeholders ahead of the 2020 elections.